CORONAVIRUS UPDATE June 2022 Due to the most recent Guidelines from our Regulatory Body, mask wearing in clinic is now optional but if you would like your therapist to wear a mask please let them know.

Colin is a director of Domaille Physio. He qualified from the Queen Elizabeth School of Physiotherapy, Birmingham in 1991

Colin has specialised in neurological physiotherapy for over 20 years and has a great deal of experience in working with people with a variety of neurological conditions including Stroke, Multiple Sclerosis and Head Injury.

Colin has worked in a variety of settings both within hospital and in the community. He has held several senior posts within the NHS including managing the rehabilitation team at the Bristol General Hospital and he has also worked as an Advanced Physiotherapy Practitioner in Neurology in North Somerset.

Colin is from Bristol and has worked in the area for the last 20 years. He has an excellent knowledge of the local area and services that are available.

Colin’s practice is influenced by his extensive experience he has both utilising traditional ‘hands-on’ treatment approaches such as Bobath and Motor relearning and also with his extensive knowledge of advancing technologies such as Functional Electrical Stimulation and robotic devices for the upper limb. His treatment focus is very much on getting the best for the individual’s he works with and supporting their ability to ultimately self manage their condition. 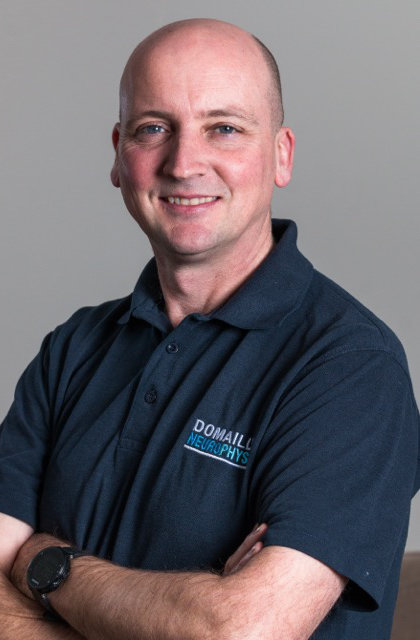 Details on how to get here and make an appointment

Meet our team of specialists and their areas of expertise

We are now offering patient consultations either face to face or online.  Each patient will be assessed on an individual basis to decide on the most appropriate form of treatment.

How to get here and parking information